I had the great pleasure of visiting Hong Kong this summer. It is one of my favourite cities and, being one of the world’s greats, I blithely assumed that its beer scene would match its cosmopolitanism.

Actually, hong kong’s beer scene is surprisingly tiny given the size and influence of the city itself. Also, the presence of western expats usually translates into some kind of commercial brewing scene. Not really so with Hong Kong.

I say that, but actually there is a small brewing scene that seems to be growing, so watch this space, because in a year’s time we may be singing a completely different tune.

I have not yet gotten to the bottom of exactly why Hong Kong’s beer scene doesn’t seem to match its level of cosmopolitanism. The only thing I can guess is that space is at a premium in Hong Kong, and the law there resides firmly on the side of the landlord. A lot of restaurants and cafes have trouble holding down their locations, and they move a lot. And while beer brewing isn’t necessarily a huge endeavour, it does take some space. 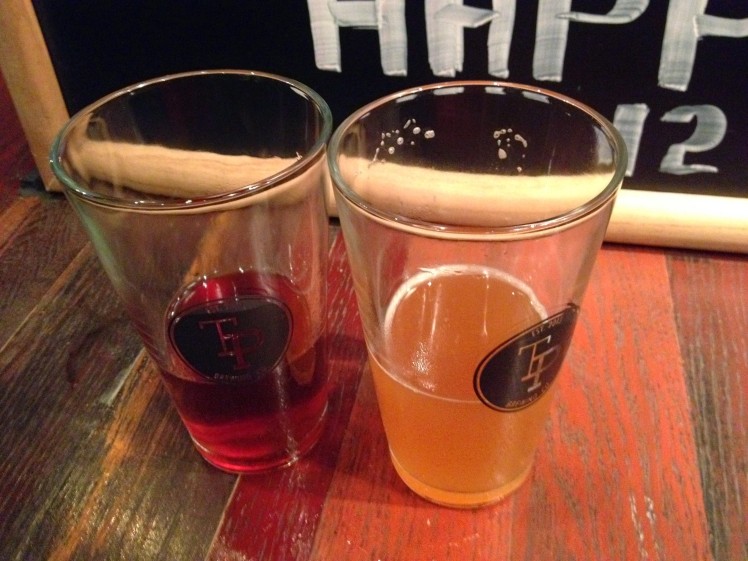 Getting down to the beer, I did manage to dig up a few extremely decent places for a beer in Hong Kong and one great bottle shop, which also services Hong Kong’s growing homebrewing scene.

Situated right in Central on Hong Kong Island, Tipping Point is giving Hong Kong beer lovers a bit of hope for the city. This classic American-style microbrewery has a few tanks in the bar and serves only their own brews to suited westerners and beer lovers across a copper bar top. It’s a nice place and the beer has promise, though I found the samples I had to be lacking in a bit of sophistication (not unlike the beer I drank in Taiwan). 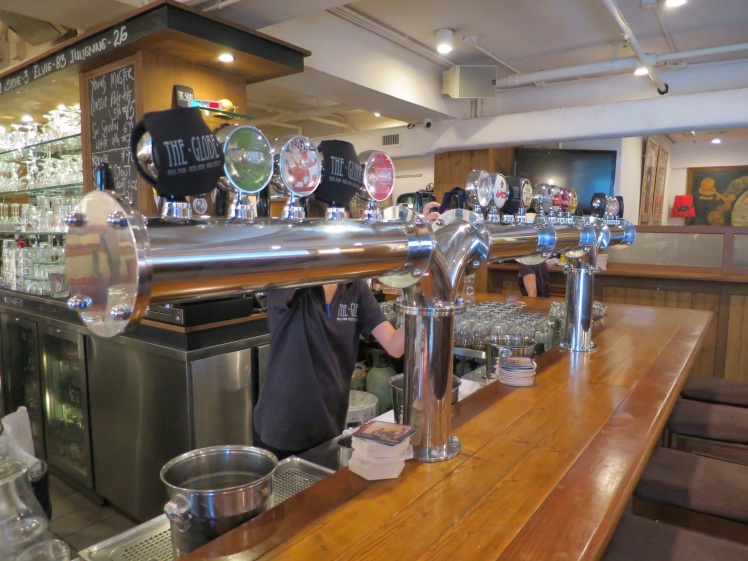 The Globe is a promising spot for beer lovers in Hong Kong. Though not a brewery, this is one of the best beer bars in Hong Kong, with a large all-around selection of worldwide brews. They do stock locally made beers, such as Young Master Ales (which had sadly run out when I was there), and lots of British, Pacific and a few American beers. The surrounds are good: comfy booths and a menu of British-inspired pub grub make it an easy place to throw back more than a couple.

The Roundhouse claims to have been Hong Kong’s first taproom and still maintains one of the city’s largest set of taps: 25 in total. You’ll find some local brews from the likes of the aforementioned Young Master, as well as Hong Kong Beer Co and a heap of international brews from as far away as Japan, Norway and Scotland.

A few other Hong Kong beer bars I wanted to try but didn’t get time for: Hong Kong Brew House and its sister locations The Hop House and East End brewery, as well as Biere von Irene, a German bar in Yuen Long.

If you want to know where any beer scene is headed, it’s best to check out its homebrewing scene. The Bottle Shop is Hong Kong’s mainstay for homebrewing supplies, and it also stocks a well-formed array of Hong Kong and international beers. If the Bottleshop is any indication, homebrewing is hugely popular in Hong Cong, which spells good things for the beer scene in the coming few years.

This is the best spot in the city to grab some souvenir bottles to bring home. They stock local Hong Kong breweries and also have a huge selection of Japanese beers, which can be harder to find in the west.

Macau is so often a day trip or short trip from Hong Kong that I thought I’d tack on some info here about drinking in Macau. Unfortunately, Macau’s beer scene is, shall we say, sadly lacking. In fact, Macau has basically no beer scene. There is one beer local to Macau, the unimaginatively named Macau Beer, which is in point of fact owned and manufactured by Japanese brewing giant Kirin. It’s also not very good.

Macau’s nightlife is dominated by casinos, and if you’re not in casinos you’re either supping lovely Portuguese wine in a local Portuguese restaurant or swigging Macau beer with some street food on a cobbled laneway.

The most often touted beer bar in Macau is Mcsorley’s Ale House, an ‘Irish pub’ inside the Venetian with all the atmosphere of an airport bar and virtually no craft beer options whatsoever, but a lineup of top-40 hits on the taps. One better is the Old Taipa Tavern on Taipa, which doesn’t feature craft beer but you can score a bottle of super bock, which goes down well in the open-air bar or sidewalk seats.

Your best bet for drinking in Macau if you want to avoid the casinos is to aim not for beer but wine or cocktails. Macau Soul is a homey wine bar with a great selection of Portuguese wines and small sharing plates. Cheche Cafe (70A Rua Tomas Viera) is the closest thing Macau gets to a hipster hangout; it does artisanal cocktails and has a cool but laid-back vibe.