asia is arriving to the beer party. my last two trips eastward, the first to taiwan and the most recent to china, have confirmed this. but in beijing i was particularly impressed.

china has had beer for a long time. when i say beer, i mean mostly lager produced in a vaguely german style, very low ABV and usually fairly uninteresting, taste-wise. since the germans more or less introduced beer to china by founding the tsingtao brewery (please pronounce this correctly: ching-daow, as in the city qingdao, where the brewery is located) in the early 1900s. 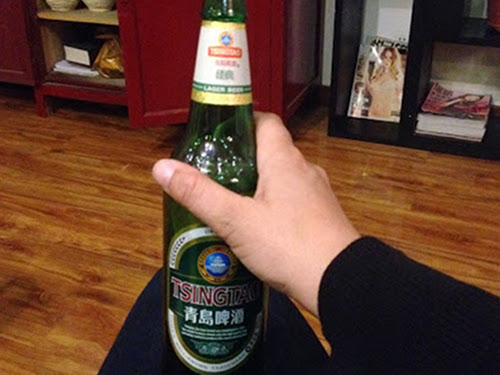 after deng xiaoping opened china to the west in the early ’80s, a handful of (mostly) american venture capitalists invested, pretty unsuccessfully, in the chinese mass brewing business. as a result, there are thousands of breweries in china. most provinces have at least one, if not several, local breweries and they all produce roughly the same chemically lager. it’s all fairly drinkable, low in alcohol content and generally quite uninteresting. but it serves the purposes of the male-dominated chinese banquet, where beer is poured into tiny glasses and drunk bottoms-up style with little thought to the flavour. it’s also good for imbibing enmasse whilst consuming salty, oily street food on steamy, summer nights.

craft beer has been slowly eeking into china for the last six or seven years. this time, via a different type of american capitalist: the china-obsessed american expat. these guys have finally brought the american beer revolution to chinese shores, and about time.

my recent trip to beijing proved the city’s growing beer prowess with several excellent pub stops and microbreweries, all pouring beer brewed in beijing. and it was good. if you find yourself in the northern capital with a capital thirst, i recommend the following beijing beer bars, beers and microbreweries: 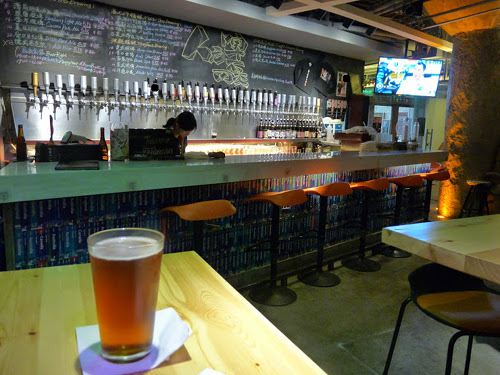 a lot of reasons to recommend this place. first, the taps: on a given night, you’ll have anywhere from nine to 20 craft taps on, most if not all of which will dispense small batch beer made in beijing. when i visited, there were 16 beers on, 12 of which were brewed in beijing and a few of which came from chengdu. beer nerds will have no shortage of bottles to choose from – there is a whole wall dedicated to fridges with what appears to be hundreds of international beers. i also like the fact that the bar here is made of lonely planet travel guides. 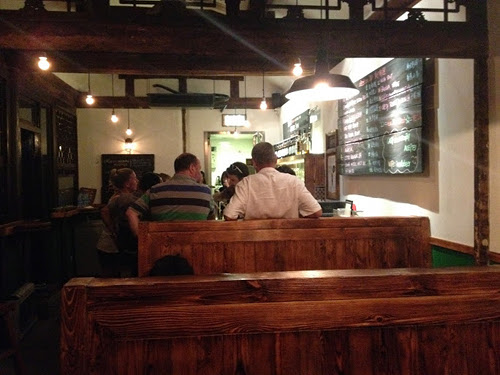 from all i can tell, great leap was the first big player on the beijing microbrew scene and still dominates. they have expanded from their original location in xicheng to open a second flagship pub in dongcheng with a 1000l brewery.

i checked out the original location, tucked away in an almost unfindable corner of doujiao hutong. almost a microbar (with a nice garden), it’s all about the beer here, with around 15 house beers on tap. the best i sampled was the aggressor, a 7% rich scotch ale that packed a punch. the chesty puller pale ale was also top notch.

i sampled a lot of delicious beijing brews, although not all the microbrewers have their own tap rooms yet. nbeer is a great place to try a lot of these, and there are a few others pubs around beijing that tap these guys. here are a few to look out for:

one of the city’s truly top microbrews, tipsy face is owned by chinese brewmaster that virtually evangelises beer to the northern capital. and the beers are good. i particularly enjoyed the APA, which was perfectly balanced and fresh. great for a hot, beijing summer’s day. often on the taps at nbeer. i also sampled  the niubi wit, and from a non-wit fan, this was a really drinkable beer without too much sweet citrus. really quaffable.

founded by two american expats, slow boat’s beers really follow on from the american craft revolution. they excel at pales and IPAs, with the delicious first immortal double IPA rocking an 8% ABV. they have a taproom also down a hutong in xicheng.

nbeer (can i sing the praises enough?) had a couple of breweries from further afield in china, which were quite competitive with the other beers i sampled, and very worth a mention here. order if you see them anywhere in china. 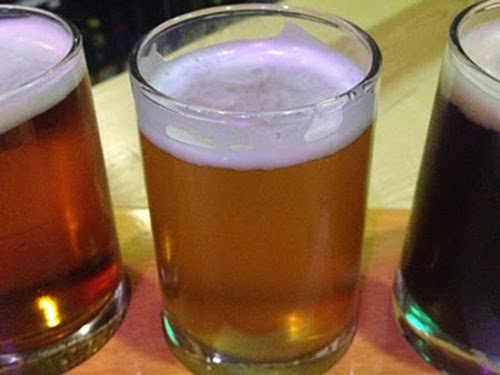 from nanjing, master gao was among the original craft brewers in china and does a large range of craft brews. i sampled the imperical river IPA at nbeer and found it to be competitive, though perhaps a bit sweet. it did leave me wanting to sample more from this brewery.

as western china’s largest metropolis, it’s no surprise that chengdu is producing some craft beer. despite it’s slightly weird name, chengdu beer nest’s beers were delicious. i sampled the wit and the dunkel weizen, the latter of which was incredibly moreish, and if i’d had more time, i’d have ordered a full pint.